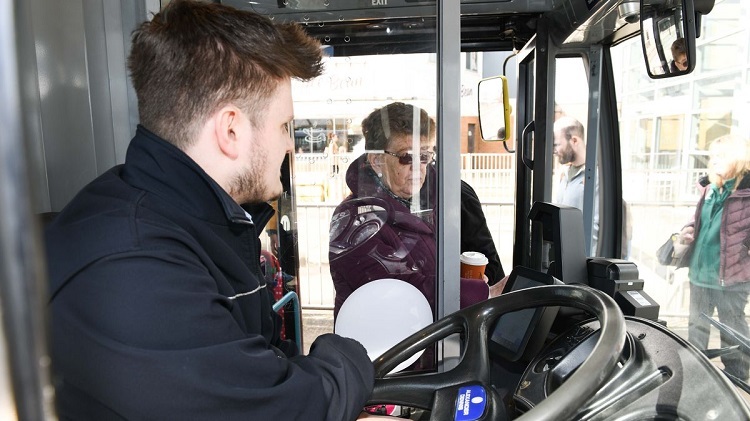 Research has discovered that the free bus passes available across England to over 60’s is actually encouraging them to become more physically active in later life, regardless of whether they are poor or well off. Free bus passes for the over 60’s was introduced in England in 2006; however there is now pressure on the initiative for it to be cancelled.

Research released in the American Journal of Public health studied the travelling habits of 16,900 people over a four year period and believes that the scheme offers value for money amongst its users. The Imperial College London study looked at information provided in the National Travel Survey from 2005, before the pass was introduced, up until 2008. Information was gleaned from the travel diaries provided by over 11,200 people who had a bus pass and around 5,700 without.

Between 2005 and 2008 the number of respondents for the study with a free bus pass increased from 57% to 75%. During this period there was also an increase in the number of bus pass holders walking at least three times a week; those people were more likely to get involved in ‘active travel’ which constitutes either walking, cycling or using public transport links.

Further analysis revealed that women over the age of 70 living in London or built up areas were more likely to use buses and walk at least three times a week than those without a pass by a considerable amount.

The free bus passes for over 60s was introduced in England in 2006 and entitles the pass holder to free local travel on busses after 9.30am on weekdays and all day on weekends and public holidays. The scheme costs £1.1 billion a year to run and as a result of public spending cuts, there is pressure for it to be stopped, or for the pass to be means-tested at the least.

Sophie Coronini-Cronberg, the lead researcher for the study, from the School of Public Health at Imperial College London, believes that the public health benefits of the scheme should be taken into account before a decision is reached on its future. The costs of running the scheme are high however the monetary value may be outweighed by the value of increasing activity amongst older people, helping to reduce inactivity related mortality and morbidity – which also plays a part in reducing overall health costs for England.

The study pointed out that although the number of people with bus passes has increased since 2006, there has been a decrease in overall bus use and people walking. This suggests that the level of physical activity and public transport use is still in decline amongst those with and without the free bus passes.

Gareth writes on behalf of AXA PPP healthcare who have a range of health and medical insurance options including PMI, dental and cash plan insurance.

Help Medical Research by Donating Your Body to Science

How To Avoid Visiting A Chiropractor